This can break scripts that rely on the exact format of the output. For this reason, we encourage programs which consume the output of the commandline client to consider using the --xml option, or accessing Subversion through the various bindings interfaces. Updated JanOct ; minor tweaks at the turn of Comments would still be very welcome. Quick links to Summary and Conclusions. 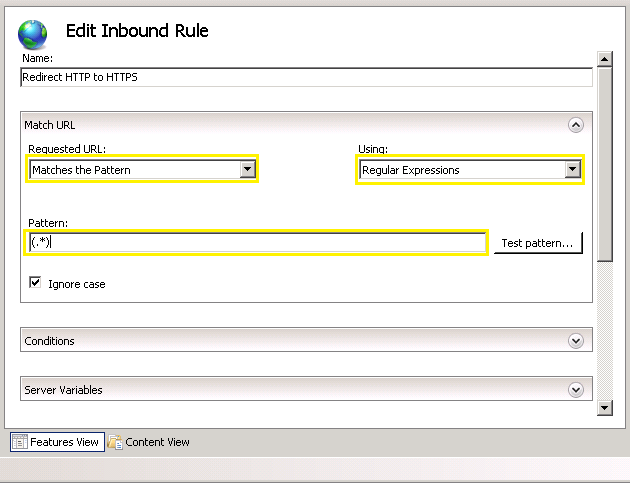 Introduction A topic that keeps coming up in various contexts is the issuing of a redirection status in response to a POST transaction. I looked at this, quite some time back, and it was a mess. I've looked at it again, from time to time as the subject has been raised in discussions, and revised the content as seemed appropriate.

We also discuss some effective workarounds. This general topic is covered in section This class of status code indicates that further action needs to be taken by the user agent in order to fulfill the request. The implication is that the user agent implementation "may" in practical terms, probably "should", although the RFC doesn't say that make some provision for actioning the redirection specified by the Location: What's so special about POST?

The simplest situations on the WWW are " idempotent " transactions, i.

Redirecting a transaction of that kind is straightforward, and no questions asked: There's a difference between the different 30x status codes associated with these redirections in their implied cacheability, but otherwise they are basically similar and in response to GET requests.

POST transactions are different, since they are defined to be, in principle, non-idempotent such as ordering a pizza, casting a vote or whatever and mustn't be arbitrarily repeated. The HTTP protocol specifications are designed to take this distinction into account: These usages are not wrong, but they should not distract from the basic underlying guideline of using GET for idempotent transactions and POST for non-idempotent ones.

A correspondent, commenting on this page, argued eloquently along the lines of the previous paragraph that there ought to be a third kind of form submission, similar to POST but designed to be idempotent, and not pestering the user with the precautions against re-submission.

Whatever the attractions of this idea, we currently have just the two, and we have to make do with what we have. Operational view of transaction redirection There seem to be two fundamentally different scenarios.

The resource script etc. But on completing the transaction, it wants to refer the client to a different URL, where the answer to the transaction can be viewed. As we will see, this case isn't problematical.

The addressed URL invites the client to re-present the transaction to the new URL, where the "work" will actually be done. As we will see, this has been poorly supported, and is still likely to be problematical in a WWW context: These distinct behaviours are not directly associated with one or other of the 30x status codes, they depend also on the details of what the scripts at the two URLs actually do with the requests.

But the idempotence principle implies some restrictions on how they should properly be used. A non-idempotent transaction ought not to be handled in this way. Aside There's a scenario that comes up in Usenet discussions, where people are trying to invoke pre-packaged CGI scripts: As we will see in the subsequent discussion, this is not really practical in the form in which it's posed, and would be better addressed by a different approach.

One possibility would be to write a small "glue" routine which handles the CGI transaction by invoking the two prepared scripts in succession, retrieves their responses, and constructs an appropriate overall CGI response for the whole activity.

In this way the client is shielded from any details of the mechanism, and isn't required to support POST redirections in order to make it work. Details of how to do this are beyond the scope of this note Apache can be configured to "proxy" such requests, for example.

An email correspondent contacted me about this point, with a proposal in which he wanted to use the first such script to validate the submitted form parameters, and then, after redirection with statusthe second script was intended to action the transaction.

I would rate it as essential to avoid any contact with the user at such a sensitive point in the proceedings! However, the popular browsers did not implement that specification: Lynx in the distant past implemented the original specification for statusbut later it was brought into line with the de-facto behaviour of other browsers.

User verification isn't necessary for statusas should be clear from the previous discussion.This controller lets you send an FTP "retrieve file" or "upload file" request to an FTP server. If you are going to send multiple requests to the same FTP server, consider using a FTP Request Defaults Configuration Element so you do not have to enter the same information for each FTP Request Generative Controller.

When downloading a file, it can be stored on disk (Local File) or in the. Introduction. In this tutorial, we will activate and learn how to manage URL rewrites using Apache 2's mod_rewrite module.

In this tutorial, you'll enable `mod_rewrite` and use `.htaccess. Clone with HTTPS Use Git or checkout with SVN using the web URL.

mod_rewrite Flags mod_rewrite uses "flags" to give our rewrite conditions and rules additional features. We add flags at the end of a condition or rule using square brackets, and separate multiple.